You are here: Home » Destinations

Bhutan officially the Kingdom of Bhutan, is a landlocked country in South Asia at the eastern parts of the Himalayas. It is bordered to the north by China and to the south, east and west by India. To the west, it is separated from Nepal by the Indian state of Sikkim, while farther south it is separated from Bangladesh by the Indian states of Assam and West Bengal. Bhutan's capital and largest city is Thimphu. 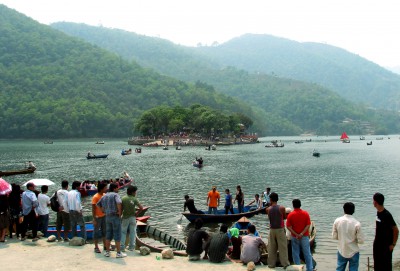 Nepal is well-known for the Himalayas and as a birthplace of Gautam Buddha. Mount Everest, the highest peak on earth lies here. So, officially Nepal is the highest country on Earth where snow capped mountains towering to Sky disappear into the clouds like stairways to heaven.

Tibet is ultimate destination for unique taste of life and beautiful landscape. The mysterious land of Tibet offers fabulous monasteries with Buddhist culture, breathtaking high-altitude trekking opportunities and stunning views of the world’s highest mountains and one of the most likeable peoples you will ever meet.

India is a colorful destination for travel holidays. The vast South Asian country with diverse terrain ranges from north Himalayan peaks to Indian ocean in South is rich in natural and cultural resources. The historical country is culturally more important than natural. In the north, Mughal Empire landmarks include Delhi’s Red Fort complex and massive Jama Masjid mosque, plus Agra’s iconic Taj Mahal mausoleum. Pilgrims bathe in the Ganges in Varanasi, and Rishikesh is a yoga centre and base for Himalayan trekking.
Read More

Trekking and Mountaineering in Pakistan

My third Experience in Nepal with Satori Adventures

The third time I visited Nepal was no doubt for me who I should ask for help in management and preparations, as far as the trip was to remotest area in Nepal to the third highest mountain of world Kanchenjunga. Rishi Ram Bhandari, Managing director of Satori Adventures who offered excellent and complete solution for the whole expedition.

They organized our trip in the professional ways. Foods, accommodation and Transportation were very good. Our guide Mr. Tamang and the porters were experience and Qualified. After a few years of cooperation I see that Satori Adventures can be a reliable partner for any kind of activities in Nepal! From a simple day-tours, and up to expeditions to summits of World's highest mountains!

I want to recommend Satori Adventures for your Nepal tour.