Why Travel With us

Satori Adventures (P) Ltd specializes in guiding and logistics for mountaineering, trekking, hiking and adventure holidays in Nepal, Tibet, Bhutan and Northern India.  We offer innovative adventures ranging from the life changing experience of the Everest Base Camp trek, to classic climbs of majestic Himalaya peaks like AmaDablam, Pumori and the remote Mera Peak.

The word "Satori" in the Zen Buddhist tradition refers to a flash of sudden awareness, or individual enlightenment and is considered a “first step” or embarkation toward nirvana. Satori Adventures assists in this individual and group enlightenment by providing our clients with the best possible experiences in some of the most amazing locations in Himalayas.  This may take place by foot or on a mountain bike to the remote and amazingly beautiful wilderness areas of Dhaulagiri, Manaslu, Makalu and Kanchenjunga to the rarely visited wilderness of Langtang, Dolpo and to the magic and mystique of the Kingdom of Upper Mustang.

Whether you are looking for an extreme mountaineering adventure in the area of Mt. Everest, a trekking adventure holiday in the foothills of the snow capped Himalayas, the thrill of white water rafting, rock climbing, paragliding, mountain bike riding through Himalayas, or a life changing spiritual journey in the birth place of Buddha, you will find we offer just about anything you dream of in the outdoors.  We have more than 15 years experience within the travel trade business including having managed hundreds of trips.   We are committed to providing the best services for our clients in a culturally enriching and safe environment.  With our local knowledge and our international offices we are continually improving the quality and range of our operations. We have trained our staff to provide the ultimate and a truly authentic ‘Nepalese’ experience to our clients.

Our fixed departure trip specially design for our clients wishing to travel in a group to explore the Himalaya with travelers from all around the world. 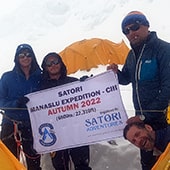 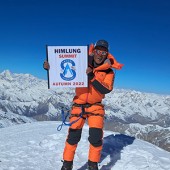 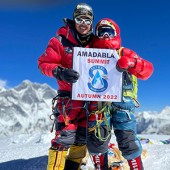 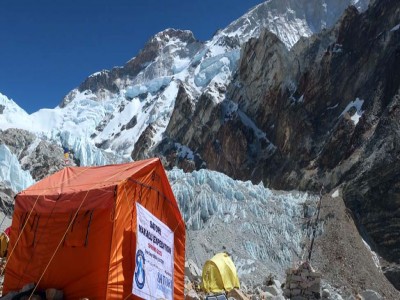 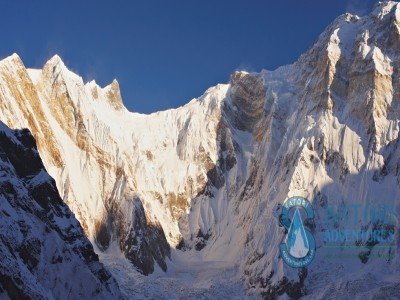 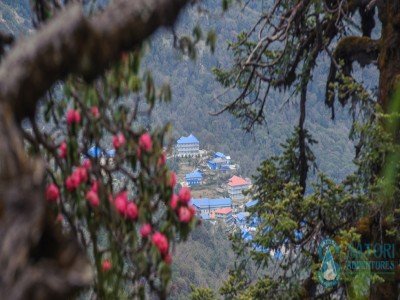 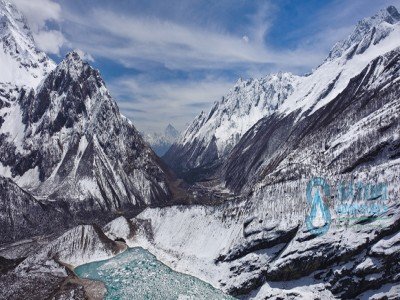 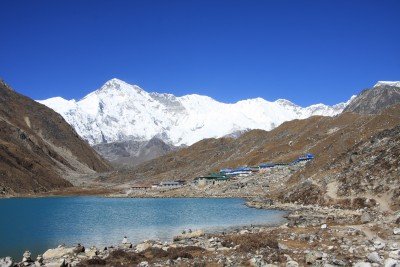 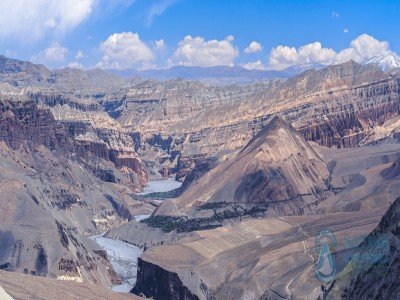 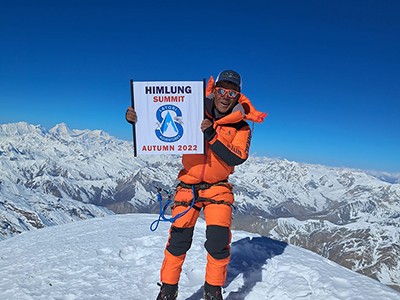 Himlung Himal (7,126m/23,345ft) is a 7000m peak that is located in the central and western region of Nepal. Situated just above the ancient Tibetan village of Phu, Himlung is Northeast of Annapurna and Northwest of Manaslu. Naar-Phu region was officially opened in 1992 for foreign expeditions and trekkers. This region is still a restricted area, for this reason all climbers are required to get a special restricted area and climbing permit to enter. The peak gained more popularity when Mr. Akio Koizumi from Japan reached the summit of Himlung Himal on  3 October 1992. 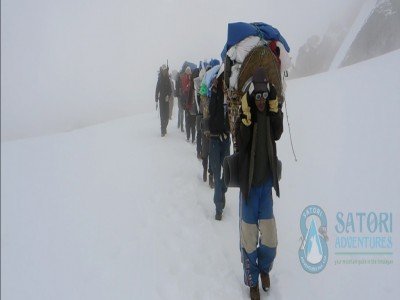 Baruntse (7129m/23,389ft) peak is located in the heart of the Himalaya, the Khumbu. It is in very close vicinity to Mount Everest and Mount Makalu. It is located away from the standard trekking paths so climbers can experience a sense of being in a remote area without investing considerable amount of time and effort. The Baruntse expedition becomes increasingly popular with climbers wishing to escape from the peak climbing on the overcrowded Ama Dablam and Pumori. Baruntse expedition is a month long adventure and an extraordinarily aesthetic objective for peak climbing in Nepal. The summit of Baruntse is located at: 27°52'19'' N / 86°58'55'' E. Baruntse first became famous when a New Zealand expedition including Colin Todd and Geoff Harrow summited the peak on May 30, 1954 via the Southeast Ridge. This has now become the normal route for most Baruntse expeditions 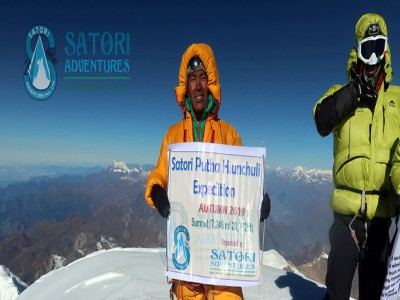 Putha Hiunchuli (7246m/23,772ft) is the westernmost peak of the Dhaulagiri range.To the west is Annapurna South and Ganesh Himal. Putha Hiunchuli is the last 7000m peak marking the end of the snow-capped range, it is also sometimes referred to as Dhaulagiri VI. 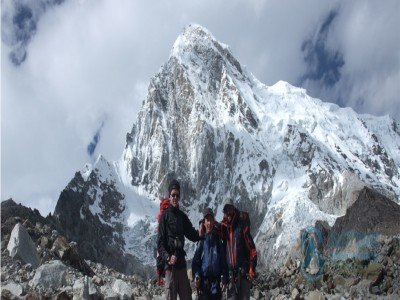 Pumari  (7161m/27,494ft) is one the more challenging 7000m expedition in the Himalayas. Pumori lies on the Nepal and China Boarder in Mahalangur Parbat of the Himalayas. This attractive 7000m peak stands about 8.5 kilometers west of Everest and 4.5kilometers from Nuptse. Pumari means “Unmarried daughters” in the Sherpa language and was named by George Mallory. The peak was climbed by a German-Swiss expedition which included Gerhard Lenser, they reached the summit onMay 17th, 1962 via the Southeast face. Mr. Leopold Sulovsky and Zdenek Michalec from Czech climbed the South face via a new route in 1996. An outlier of Pumori is Kala Patthar (5643m/18,513ft), which appears as a big brown bump below the impressive south face of Pumori. Nowadays, Himalayan peaks draw the attention of climbers, adventurers, and cultural enthusiasts worldwide. Even though there are many destinations worth seeing in Nepal, one spot stands out from the rest. The Island Peak Climbing is also known as Imja Tse. Today, this mountain is considered the most famous peak climbing in Nepal. What makes the Island Peak trek route so appealing is that visiting it will be interesting for novice climbers and experienced trekkers. Mera peak climbing is one of the easier and quickest mountain for climbing in Nepal. It is an enchanting peak that stands at an elevation of 6476m. Mera Peak is the highest trekking peak in Nepal making it a more popular choice for adventurers in Nepal.  Due to its location it offers impressive vistas from its summit on all the nearby 8000m giants like: Mt. Everest, Mt. Lhotse, Mt. Cho Oyo, Mt. Makalu, and Mt. Kanchenjunga as well as several other stunningly beautiful 6000m and 7000m peaks such as Mt. Baruntse and Mt. Ama Dablam. There are more than 414 peaks open for mountaineering in the mighty Himalayas. However, it is Pisang Peak that attracts the highest number of tourists each year. Naya Kanga Peak 5844m (19,160ft) is an interesting and appropriate Himalayan peak for an introductory climb in Nepal. The peak is accessible to a wide range of climbers, it is aesthetic and straightforward yet challenging, a perfect objective for a guided beginner climb. 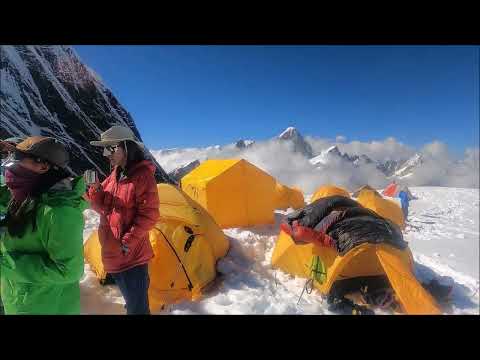 I did Mera Peak Climb through Satori Adventures. Rishi the owner of company is amazing and very easy to deal with. He customized Itinerary according to our requirements. There were.... 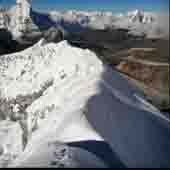 Lobuje and Island Peak solo - Satori knows how to do it!

Great Organisation of the trip, and great support during the journey, considering I was going solo on lobuje and island peak. Satori is very good at figuring out, what their.... 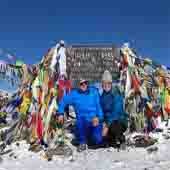 Third time in Nepal with SATORI

Thank you exciting adventures for Satori Nepal and my friend Rishi Bhandari! It was my third time in Nepal, but I learned a lot of new things… again! Your country....

We had a unique and worry-free experience on the Manaslu Circuit trek that we completed two weeks ago. All thanks to Rishi and the Satori team. Without them, there would....

5 stars for a fully amazing EBC trip with Satori

We had a great experience with Rishi and the entire Satori team trekking to Everest Base Camp. All arrangements up front, arrival in Nepal, accommodation in Kathmandu and during the....