Marriage is a common human practice and it is indeed a matter of individual choice. However, marriage usually is not a private affair in Nepal.  Polygamy and polyandry used to be socially accepted practices earlier. These days, however, they are almost obliterated.

Hindu Traditional Marriage is still a unique celebration which takes place only on fixed special days. Astrologers decide on auspicious dates of marriage on the basis of the position of the stars. The dates with good omen are fixed in the calendar itself.

Since most of these marriages are arranged ones, the boy’s (groom’s) parents usually visit the girl’s (brides) to ask their daughter’s hand for their son. The mediator of two families known and “lami” plays a vital role in making the two families agree on the proposal. The astrologer, on the basis of their horoscopes, decides whether they are eligible for marriage. If so, the appropriate date called “lagan”of their wedding is fixed according to the Calendar. On wedding day the the wedding procession visits the bride’s with the Panche Baja (a band of Five Musical Instruments) or Naumati Baja (a band of Nine Musical Instruments). In the Yagya, the wedding pavilion, the priest performs the rites. The first step is Swyembhar in which the groom and the bride exchange the Ring and garland. After making the girl his own by putting the red powder called ‘sindur’ on her head, the last step is “Kanyadan” (offering the girl to the groom). And after the completion of the ritual, the wedding procession returns home with the bride who is welcomed by the groom’s mother and other female members of the family. This is how a new member to the boy’s family is added. 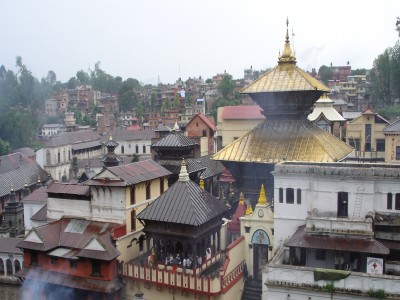 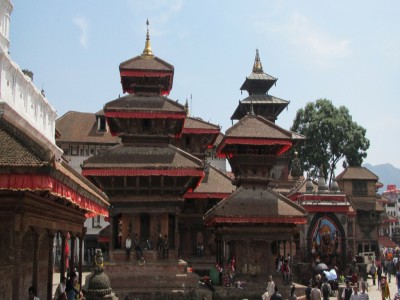 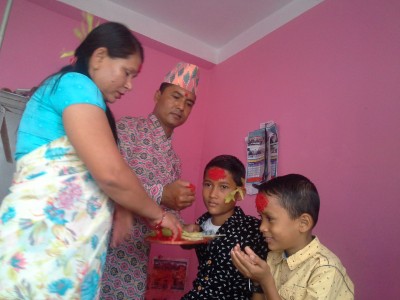